Having been to Malacca and Penang for my last two short-haul breaks, I opted for Langkawi as my next Malaysian holiday destination as (1) friends who’d been there liked it, and (2) it was also where a few key scenes of the global hit, Crazy Rich Asians, were shot. That’s how I ended up at the lovely Mediterranean-style boutique hotel, Casa del Mar Langkawi.

All I wanted was a cosy beach resort with a nice pool, scenic beachfront views, and good grub and grog. A pal hence suggested Casa del Mar and what a good recommendation it was. It was strategically located in the popular Pantai Cenang beach town, right on the edge of the white sands of Cenang beach.

Cab from Langkawi airport to the hotel (MYR30/SGD10) took only 15 minutes and as I was a tad early for check-in, the front desk staff ensured that I was comfortable with a chilled welcome drink and towel. I even had the opportunity to see them celebrating the birthday of another guest who was also checking in that afternoon.

For a 4-star hotel, Casa del Mar projects all the traits expected of a 5-star establishment. Staff was chirpy and helpful, and I always love hotels that make the effort to remember your name. I was given a tour of the facilities close to the lobby before being taken to my room, and even there, Enlyn patiently went through practically every amenity in the room with me.

My seaview room was on the second floor of the main building, which includes a balcony with deck chairs, beach umbrella and drying rack. Pleasantly decorated, the spacious room was fully-furnished with all the necessaries such as free Wi-Fi, safe, bathrobes, slippers, and TV (with movie DVDs available at front desk). Extra perks—which are very much appreciated—include a coffee machine, complimentary fruits/ biscuits/ peanuts, and even bath salts. The king-sized bed was super comfy with four pillows at your disposal.

There are actually tons of things one can do in Langkawi and the hotel actually provides guests upon arrival with an extensive list of payable activities available ranging from island hopping to jungle trekking, jet skiing to yacht dinner cruises. Alas, I was only there to chill and the Casa del Mar pool already had me at hello.

With beach towels readily available in your room, the captivating pool was where I spent most of my time and, more often than not, I had it all to myself including the jacuzzi. (Which is why it is always good to travel during off-peak periods and during weekdays!) Pool service was also quite exquisite – as long as you are on a sun lounger, staff will periodically serve you iced water or fruits. A really lovely touch.

THE BEACH AND OCEAN VIEWS

A big draw of Casa del Mar is the fact that it is located right on the popular Pantai Cenang beach, which is the longest and most popular beach in Langkawi. The beachfront views here are breathtaking – picturesque clean white sands, clear blue skies, and warm blue seas. It was also cool that the area facing the resort is considered private and hardly crowded with people though there are still some activities as the beach is a watersports haven.

The sandy stretch on the right of Casa del Mar’s beachfront is also considered private, so really, if you laze at the hotel’s sun lounges, what you get is beautifully unblocked scenic views with cool breezes keeping you cool even when under a blazing hot sun. If I was not at the pool, I would just park myself for a good long time on a sun lounger that faces the amazing beach expanse.

My friend told me that the food at Casa del Mar was good and she wasn’t wrong. Complimentary breakfast came with the room and though the buffet selection wasn’t extensive—understandably as the hotel only has 34 guestrooms—it has the usual suspects of breads, cereals, sandwiches, cheeses, and a local favorite that is nasi lemak (Malay fragrant rice dish). Add to that, each guest can choose an item from the a la carte menu such as omelette or pancakes and it will be served a la minute to you. Cool, that.

Breakfast and lunch, provided by the hotel’s La Sal Restaurant, are served outdoors albeit under shade. Luckily, the heat during my stay was bearable and it’s tad cooler if you chose a table along the wall-length water feature. The restaurant prides itself in producing “homemade” items including a variety of breads, pastries, and an incredible range of jams including pineapple, watermelon and chocolate hazel! And yes, I tried all the jams as you can see in the previous photo. 🙂

On arrival, I was in time for lunch but as I browsed the menu, an afternoon tea for two caught my eye. When I asked if I can have just a set for a single person, the waitress Adila said certainly and it was charged at half the price of the original set. Which was simply brilliant, as you can see above. Love it when establishments are willing to be flexible.

If you are into sunsets, La Sal at Casa del Mar is actually one of the best places in Langkawi to catch one. For dinner, the restaurant set up their tables right up to the edge of the beach and guests will have a bird-eye’s view of the sun setting. Early reservations have to be made though, even for live-in guests, as tables are limited. (Walk-ins are welcome only if seating permits.)

So, even though one can find cheaper food fare elsewhere in Pantai Cenang—and there are loads of alternatives from burger joints to Chinese-style seafood restaurants throughout the town as well as along the beach—I opted to have dinner at La Sal on both the nights I was there as it provided me not only with a great view of the sun setting over the horizon, but also of people having fun either on the beach or paragliding in the air as dusk falls. And oh yes, the food was good too. As was the grog from the pool bar (especially the free beer courtesy of the management on Tuesday nights!)

Almost forgot: If you are on a chill trip, not only the resort should have a good pool, it also should have a good spa. Housed on the second floor in a secluded wing of Casa del Mar (in the midst of guestrooms), Satkara Spa may be small, but it nonetheless offers a good range of treatments and therapies. I chose a massage-and-facial combo which they kindly allowed me to split into two one-hour sessions on separate days (as I rather spent most of daylight time at the pool). The treatment rooms were cosy and relaxing, and the therapists top-notch. Best to make reservations early if you plan to spend time here.

HOME BY THE SEA, GREAT PLACE TO CHILL

All in all, I had an absolute great time at Casa del Mar. Kinda regretted not staying longer. For its brilliant service, facilities and location, it was definitely worth the price. Would definitely patronise it again if finances permit!

When in Langkawi: If you are into sun, sand and sea, the offshore island(s) district of Kedah, Malaysia will be right up your alley. Located off the northwestern coast of West Malaysia, the 99-island archipelago is well known for its many great beaches, of which Pantai Cenang is one of the most popular especially for swimming and water sports.

I personally am a lounge-by-the-pool lizard myself but if a holiday resort has great access to a nice beach, I’m all for it. It was thus why I opted for Casa del Mar which is strategically located at a relatively quiet section of the 2km-long Pantai Cenang, said to be the longest beach in Langkawi.

One of things I loved doing during my stay was walking up and down the pristine beach via a cosy boardwalk that seemingly starts from Casa del Mar, all the way southwards to a spot where you will find the rainbow-colored “Pantai Chenang” sign (see main picture) and where the beach is arguably at its most crowded.

Views From A Boardwalk

Clean white sands, clear blue sky, warm sea, and idyllic islands on the horizon – that will be the first things that take your breath away on Pantai Cenang. Even if not on the private beaches of the fancier resorts, the elements are still wonderful sights to behold.

Walking along the stretch also allows you to check out the other beach accommodations available, many of which are rustic chalets such as this…

…and there were even beachfront tree houses such as this cool one here! There are also resorts which have swimming pools right alongside the beach.

Food and drink outlets are in abundance in Pantai Cenang too – along the beach, such as the popular Kalut Bar, and especially along the main road of Jalan Pantai Cenang.

Needless to say, al fresco wining and dining is very popular on the beach (as long as you don’t dirty the surroundings)…

Water sports is also very big here – you can go jet skiing, paragliding, kayaking, sailing on a banana or longboat, or even parasailing on a “flying machine”. It’s fun just to watch brave souls taking to the skies in various contraptions.

Colorful jet skis of various shapes and sizes can be seen parked, as well as in action, up and down the beach.

Loads of boats too… including signs to please “keep clean our island”. And I have to say, Pantai Cenang is one of the cleanest beaches I’ve ever been to in all my travels.

As mentioned, you will find food and drink options aplenty up and down the beach, with signs to direct you if you aren’t quite sure of where to go…

There is even an artistic compound, complete with cool graffiti art and tree swing…

Last but by no means least, Pantai Cenang is a great place to catch sunsets. Many people would gather around the Pantai Chenang sign—it’s directly opposite Cenang Mal—and just catch the sunset every evening (usually between 7.15-7.40pm). Or you can watch it while having dinner at any of the eateries or bars along the stretch.

There are actually lots more things one can do in Langkawi, but if you are happy with just sun, sand and sea, Pantai Cenang is one beach worth visiting once in your lifetime. 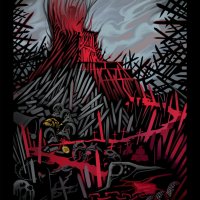 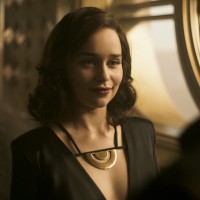